Thanks for printing!  Don't forget to come back to Zerorez Las Vegas for fresh content! 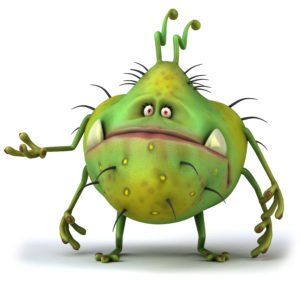 When you call us at Zerorez to get your flooring cleaned, you can be sure that you're getting the best carpet steam cleaner in Las Vegas, NV. Why is steam cleaning your carpeting so important? Because you aren't the only one in your home who enjoys burrowing into the soft, warm fibers of your carpets. Bacteria, viruses and allergens are all making themselves at home in your home. According to research, your carpet probably contains about 200,000 bacteria per square inch, making it 4,000 times dirtier than your toilet seat, which usually only has about 49 bacteria per square inch.

What's Living In Your Carpeting

▶ MRSA - Methicillin-resistant Staphylococcus aureus (MRSA) is a bacteria, commonly called a "super bug," that is resistant to an entire class of penicillin-like antibiotics called beta-lactams, which includes not only methicillin but penicillin, amoxicillin, oxacillin and others. MRSA can make its way into your home in a number of ways, including on unwashed athletic equipment like shoes and gym bags.

▶ Campylobacter - Campylobacteriosis is an infectious disease caused by the Campylobacter bacteria. Campylobacter is the most common cause of diarrheal illnesses in the United States and grows best in a damp environment like carpeting that has had a great deal of snow or mud tracked onto or ground into it or carpeting in a home that has flooded.

▶ Norovirus - Norovirus is a highly contagious virus that is the most common cause of acute gastroenteritis in the U.S. It can be transmitted by touching the same surfaces as someone who has norovirus illness. If it's brought into your home, it can live in your carpeting for four to six weeks and becomes airborne when the carpet is walked on.

▶ Molds and Fungi - Aspergillus, penicillium, cladosporium and alternaria are just a few examples of the types of molds and fungi that may be living in your carpets. They are generally found in homes with high humidity levels or dampness problems and can lead to a number of health issues like severe allergies, asthma and upper respiratory infections.

▶ Other Microscopic Invaders - The list of bacteria, viruses and allergens that can be found in even new home carpeting is long and includes fecal bacteria, pet dander, dust mites and anything else that can be carried in on clothing or other belongings or that can blow into your home through doors and windows.

What To Do About What's Living In Your Carpeting

Vacuuming can't kill bugs in your rugs; but it is a good first line of defense that can remove many organisms that might make you sick. It's important to vacuum as often as possible, especially high-traffic areas. Vacuuming the rest of your home at least once a week with a vacuum that has a HEPA (high-efficiency particulate air) filter will make a difference. To extract and kill as many of the germs living in your carpeting as possible, you should get the help of the best steam cleaner in Las Vegas, NV, Zerorez, to deep clean your carpeting at least once a year.

Don't wait to get rid of the harmful substances living in your home's carpeting. Call Zerorez, the best carpet steam cleaner in Las Vegas, NV, at (702) 567-0016 to make an appointment to have your carpeting professionally cleaned. You can find out more about our patented cleaning technology by visiting us online at www.zerorezlasvegas.com.

Learn How to Get Your Office Clean Today here!